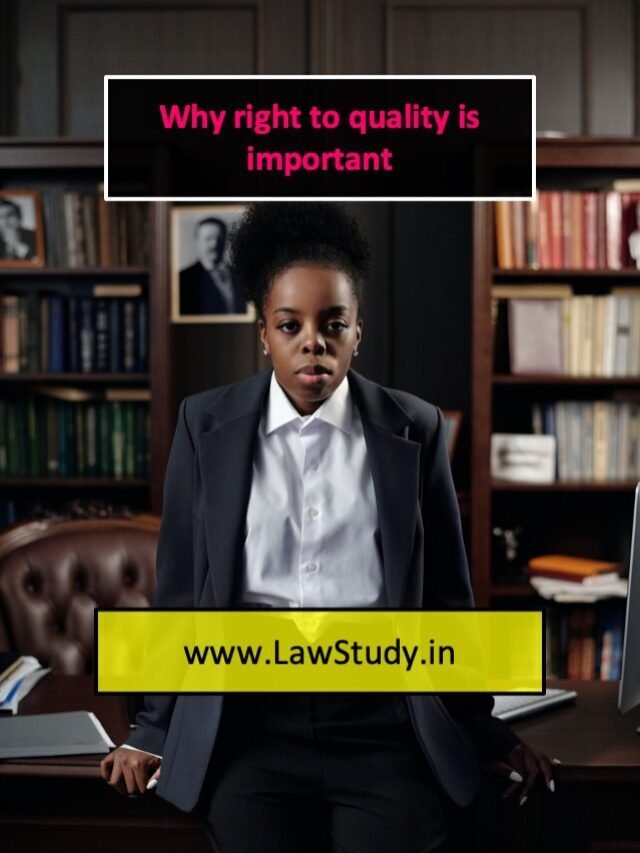 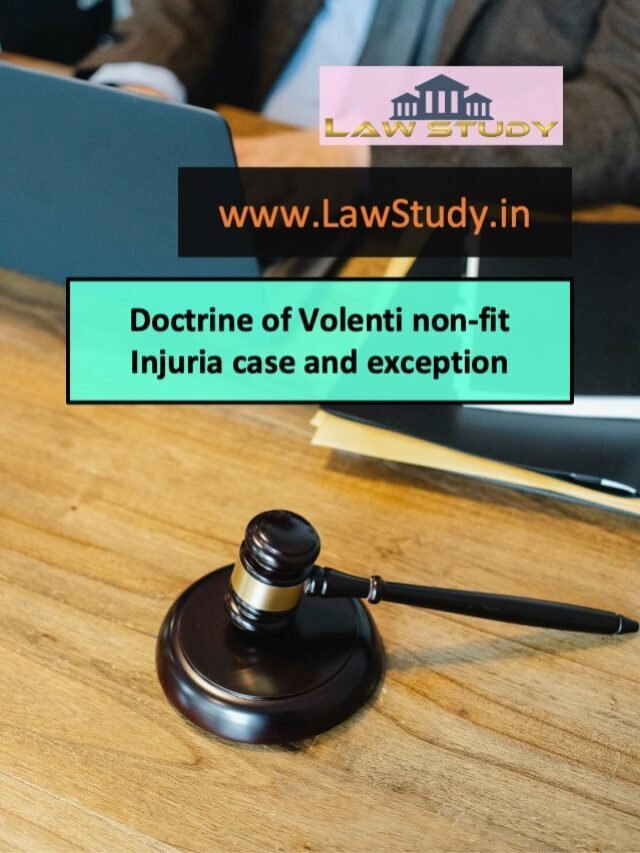 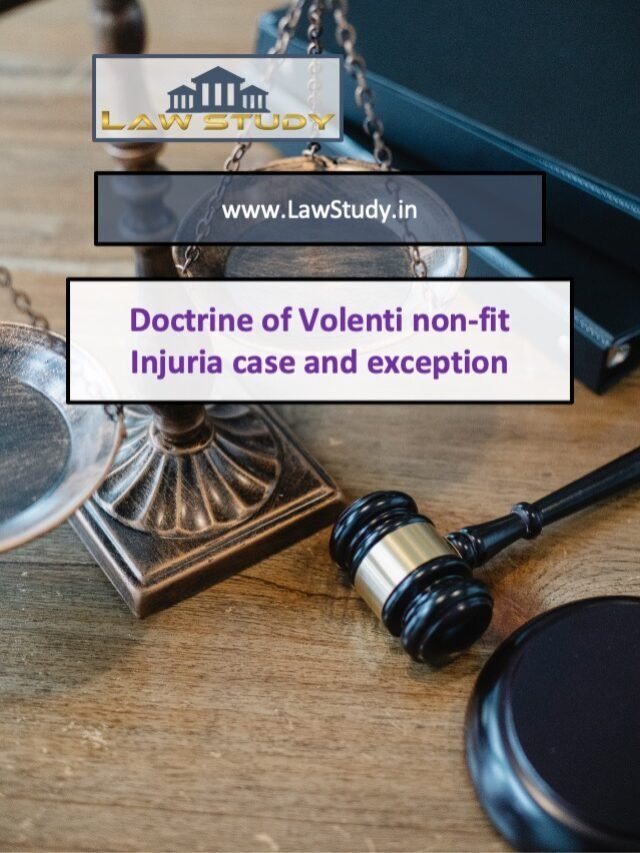 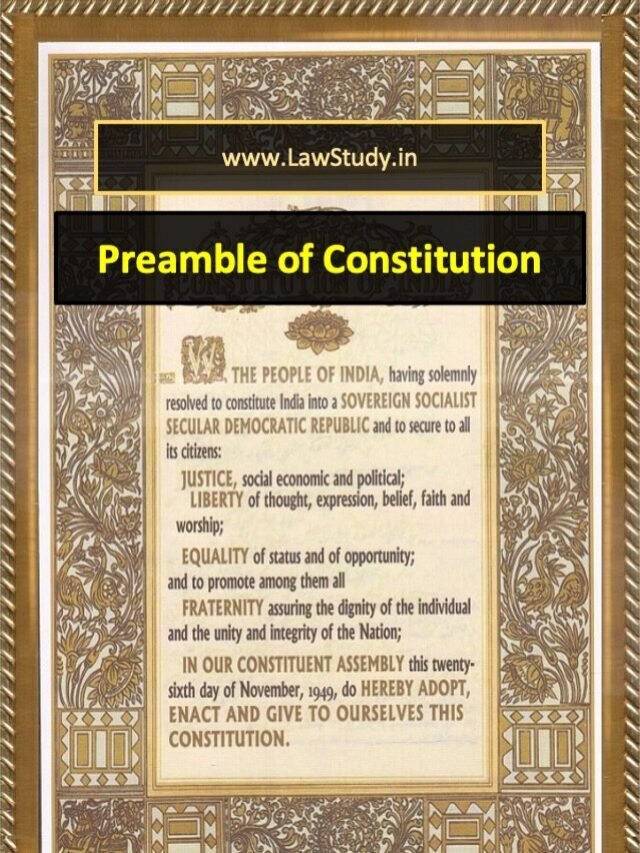 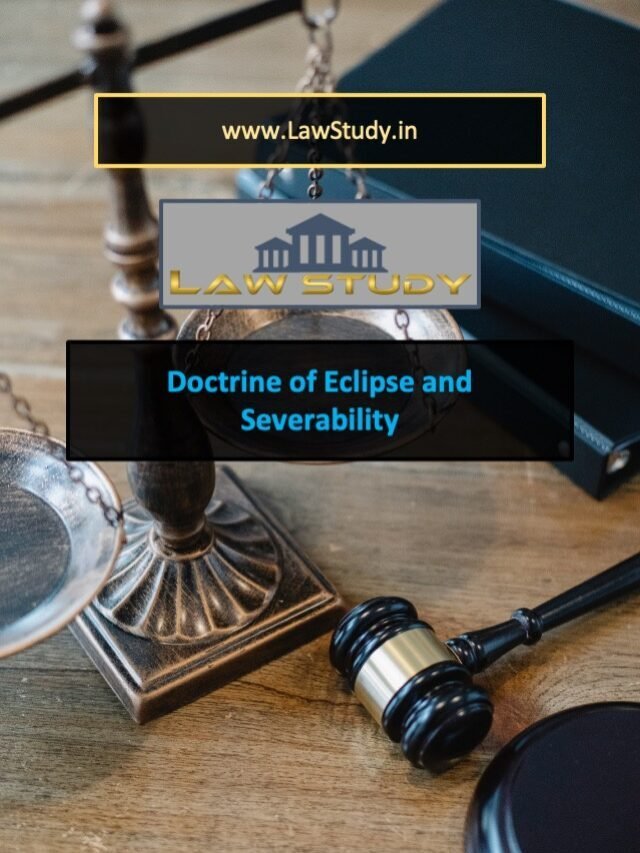 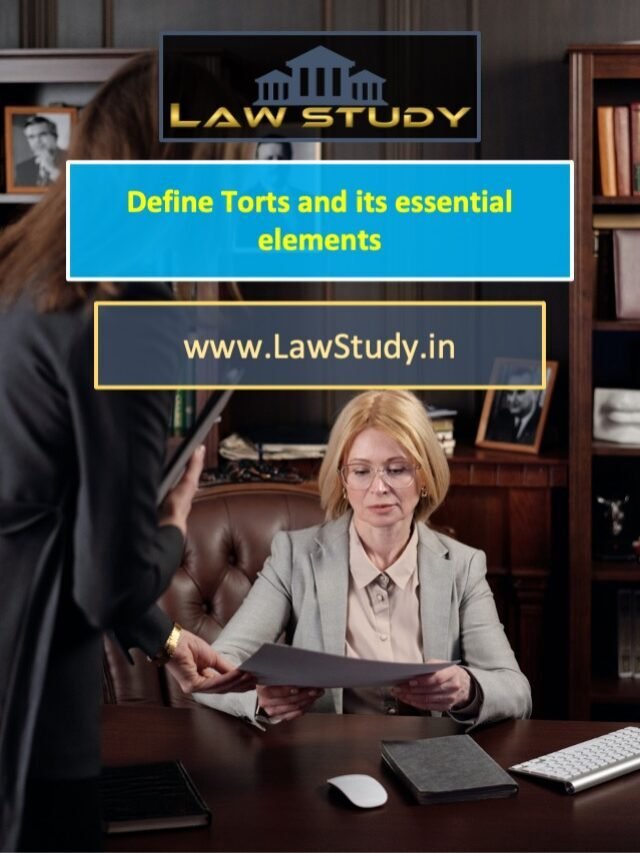 Introduction of the Hindu Marriage Act for Bigamy: – India is well-known for its numerous cultures and traditions. Marriages in India are seen as a pure connection of love that connects two people’s lives. Unfortunately, every marriage has difficulties, and all these difficulties can often lead to illicit relationships, bigamy, affairs, divorce, & other issues. Bigamy is the only one of these that is declared an offence under Indian law.

What exactly is bigamy?

Bigamy In 1955, the Hindu Marriage Act was enacted.

Prior to the adoption of The H.M.A.1955, a Hindu married man can marry multiple wives at the same time, and this was a usual practice among the other aristocratic and prominent Hindus. Kingdoms, town village heads, & wealthy merchants or Landowners was one of those who had multiple marriages at the same time. Certain tribal communities and castes in both south and north India adopted polyandry, which is a sort of marriage in which a woman is married to more than one spouse.

Polyandry was common in these communities because of the need to maintain brotherly brotherhood, protect family property, & overcome economic hardships. Polygynous and polyandrous weddings were forbidden for Hindus, Jains, Sikhism, and Buddhists who are also regulated by Hindu law, with the implementation of the H.M.A, 1955. Bigamy is also prohibited for Christians, Parsis, and Jews who are not bound by Hindu law.

The following key factors are required to demonstrate the crime of bigamy u/s 494 of the IPC,

As per the court in Sivagami v. S Nagalingam :

The court concluded in Venugopal. K v. Union of India, 2015 that any person who has committed the crime of bigamy would be penalized u/s 494 of the IPC, irrespective of the legislation under which he or she is administered.

It should be mentioned that Sec 494 doesn’t implement in cases where the marriage has been declared null & void by a court of competent jurisdiction of the authority, nor in instances in which such husband or wife has been missing constantly and consistently for 7 years, provided that these facts are not concealed from the individual with whom the second marriage is actually contracted.

If the first marriage was declared invalid by a competent court.

The first marriage was annulled due to divorce.

Conversion to a different religion for a second marriage:

Converting to a faith that permits bigamy for the purpose of performing a second marriage is illegal, and such a second marriage is null and invalid. In Sarla Mugdal & others. v. U.O.I, the Court determined that the previous marriage had to be nullified in order for him to remarry under the H.M.A, 1955. As a consequence, the first marriage is still legitimate under Hindu law, whereas the second marriage, which took place after his conversion to Islam, is null & void, as well as the male will be charged with bigamy u/s 49 of the IPC, 1860.

Whenever anyone commits bigamy, the second marriage has no rights under the law since the marriage is null & void and so has no legal worth. Because the second marriage is void, the second spouse would not be eligible to any alimony or a divorce proceedings and there can be no divorce without the need for a legitimate marriage. Nevertheless, the second wife may have had a certain probability of gaining maintenance, but because there are no valid regulatory rules defining the rights of the second wife, such prospects are entirely dependent on the judges’ discretion.

Only the first wife, as per Hindu law, has all the rights & privileges of a woman lawfully entitled to acquire any hereditary or self-acquired assets if the husband died without leaving a will, and is the husband’s rightful heir, whereas the second wife is not. When a second marriage is decided to declare null by a competent court, the second wife cannot even actually claim maintenance as an issue of right even though maintenance is only given after divorce, and when the legal marriage is decided to declare ab – initio, there could be no divorce but there was never a legally valid marriage in the first position.

When a married individual cohabits with an unmarried individual for an extended period of time, it does not constitute bigamy. The Supreme Court has ruled that a long-term live-in relationship cannot be classified as a walk-in and walk-out relationship since there is a possibility of a wedding between them. It has also ruled that children who are born from live-in relationships are not completely illegitimate and have the right of inheritance their parents’ property.

Because there was no legitimately contracted wedding or performance of any marriage rites, the prohibition of bigamy does not apply to live-in relationships. Bigamy can only be shown when there is adequate proof that the parties entered into a second marriage before annulling their previous marriage.

IPC, 1860, sec 498 A, would not apply to the second wife that’s because the second legally married wife would not be a wife in the eyes of law.

When is Bigamy a crime?

Bigamy is a crime if the first spouse or partner is still alive. Sec. 5 of H.M.A, 1955, A marriage is only lawful if neither partner had a live spouse at the time of the nuptials, according to the law. Second marriages are declared null & void under Sec 11 of the Act.

There were two petitioners in this matter. Both petitioners claimed that their respective husbands remarried & converted to Muslim for the same reason, so escaping the provisions of Sec 494 of the IPC. The Apex Court noted that a Hindu had converted to Islam & remarried regardless of the fact that he had not divorced his first wife. The marriage is nullified, and the individual shall be prosecuted u/s494 of IPC.

Elements of the Bigamy Offence

Who has the authority to make a complaint?

Only an individual who has been harmed by his or her spouse’s second marriage may make a complaint. In the case of the spouse, only the husband, unless he is in the Armed Services and cannot obtain leave to file the complaint.

In the situation of the wife, she or her father, mother, sisters, brothers, daughter, or son, or her family’s members, or, with the Court’s approval, any person connected to her by blood, marriage, or adoption.

To prove Bigamy, the prosecution should disclose that the second marriage was legal & valid, as in case of S. Nagalingam v. Sivagami it was held.

According to the ruling in Parameswari v. Vennila, the offence can be compounded with the wife’s consent as well as the court’s permission.

Even when an individual is later acquitted of bigamy in a criminal proceeding, a departmental investigation can be initiated against him or her. T. Venkataramanappa v. State of Karnataka (1996)

In the case of M. Saravana Porselvi v. A.R. Chandrashekar (2008), the court held that there is no limitation time for taking cognizance of the criminal offence of bigamy.

Divorce decree issued ex-parte (on one side only).

In the case of Prabha Divedi v. Krishna Gopal Divedi (2002) court held that When an individual who has obtained an ex-parte divorce from a judiciary marries a second time and the first wife subsequently gets the ex-parte divorce overruled, the individual cannot be punished for bigamy because he was divorced & separated at the stage of the second marriage.

Who has the power to impose punishment?

The Kerala H.C ruled that Sec 494 of IPC does not discriminate on the basis between Hindus, Muslims, & Christians and that it could be used to prosecute any citizen who actually committed the crime of bigamy, regardless of his or her personal law, if the elements of Sec. 494 are satisfied. , Venugopal K. v. Union of India, 2015

Other personal statutes that make bigamy a misdemeanour & offence

In the case of bigamy, all personal laws are gender-neutral.

Sec 44 of the Special Marriage Act punishes bigamy in accordance with Sections 494 & 495 of the IPC.

Sec.5 of the Act declares bigamy a null & void offence.

Bigamy is punishable u/s 19 of this Act.

According to Muslim law, there are no rules against bigamy. This is owing to the fact that the Quran authorizes Muslim men to marry 4 times.

Conclusion of the Hindu Marriage Act for Bigamy

People are known to reap the benefits of legal loopholes in a country with diverse diversity, dialects, & faiths. For instance, a man converted his faith to Islam in order to get married unlawfully and keep two wives at the same time. Muslims are actually allowed to have 4 spouses at a time.

It has been stated numerous times that no religion professes to violate moral standards; however, all religions emphasize the importance of loving, respecting, and supporting women rather than using them as “an instrument of deception & manipulation,” and in past few years, the practice of “Bigamy” has slowed significantly, and reductions in such offences against women can only give rise to the foundation of an ideal & best society to reside in. 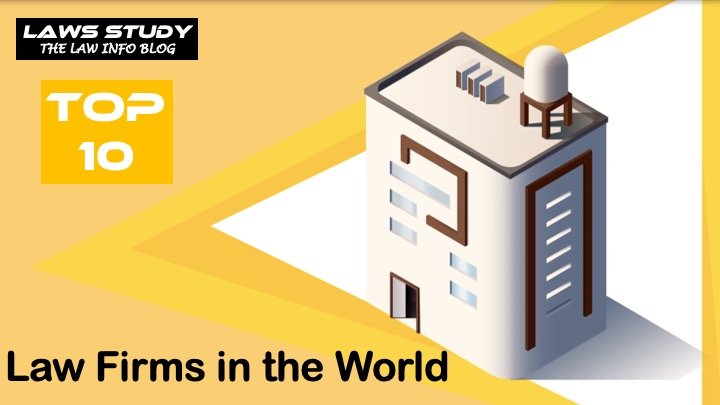 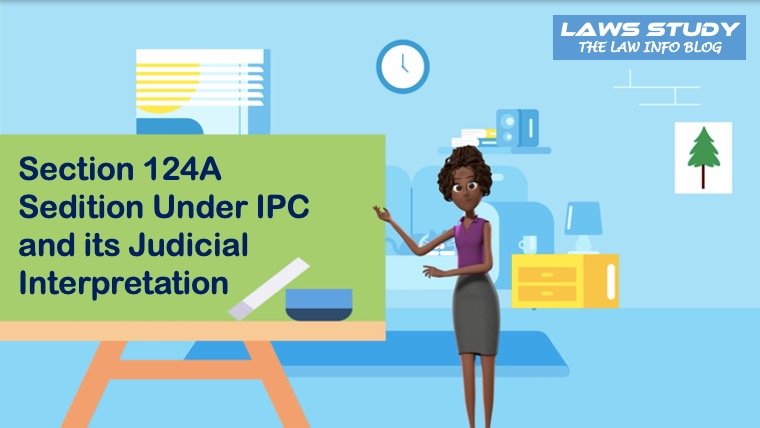 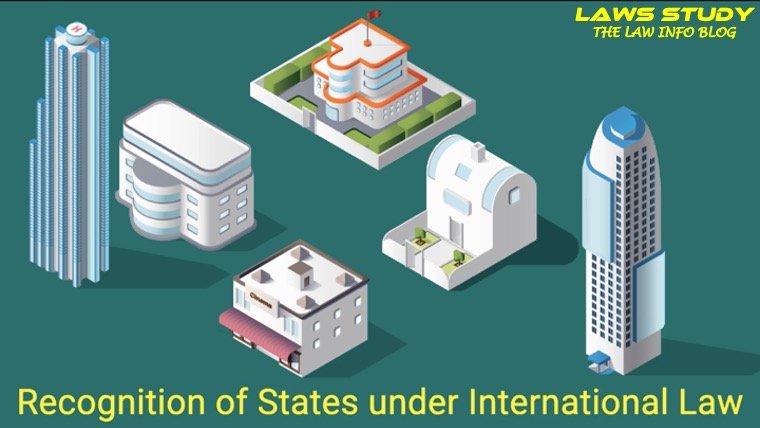