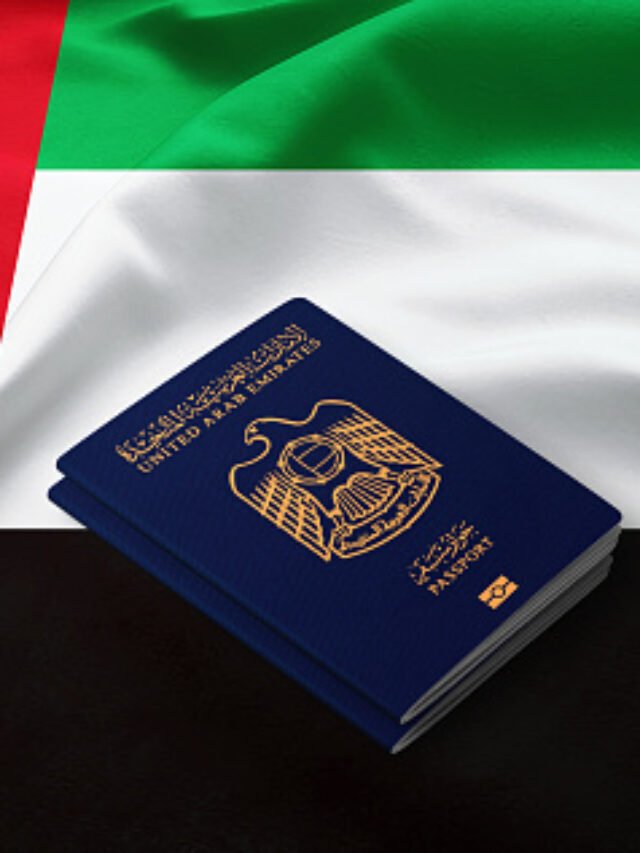 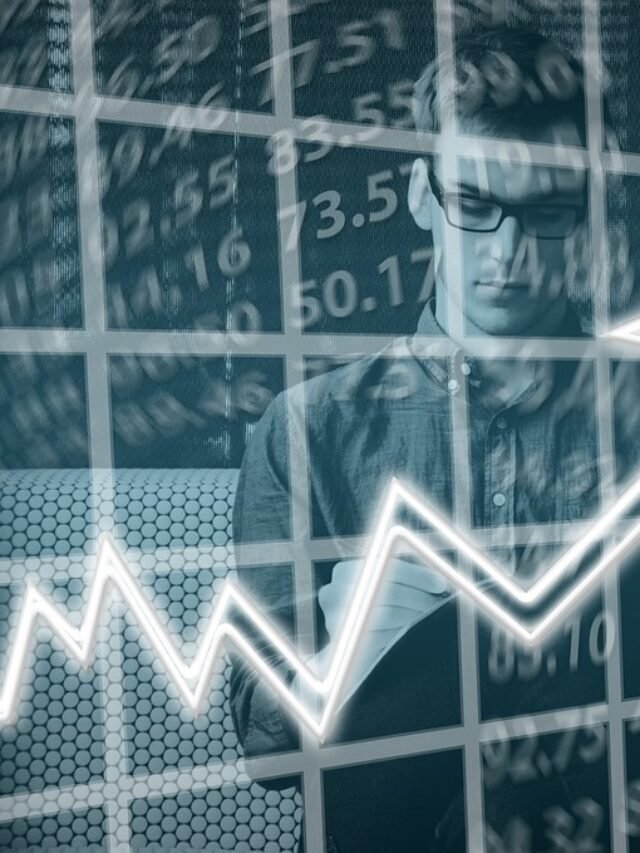 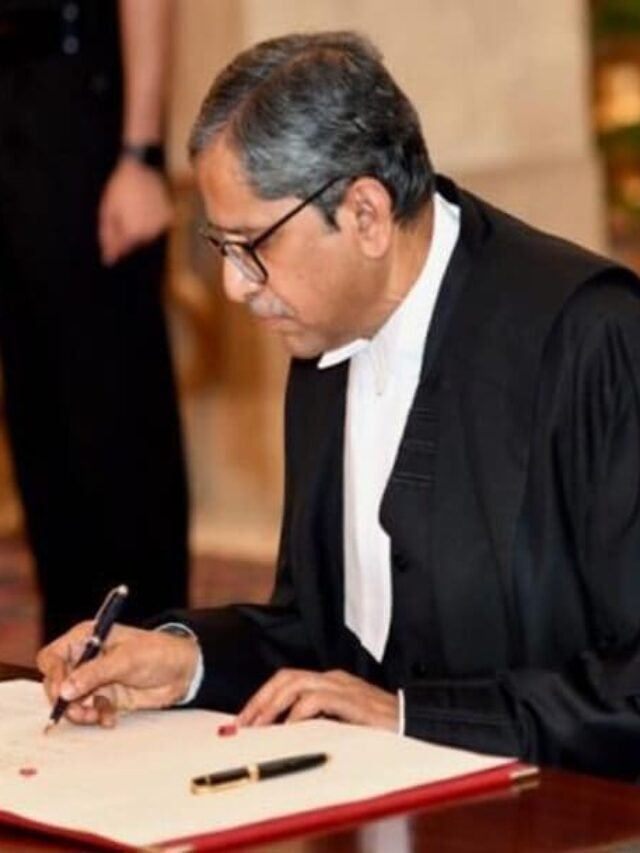 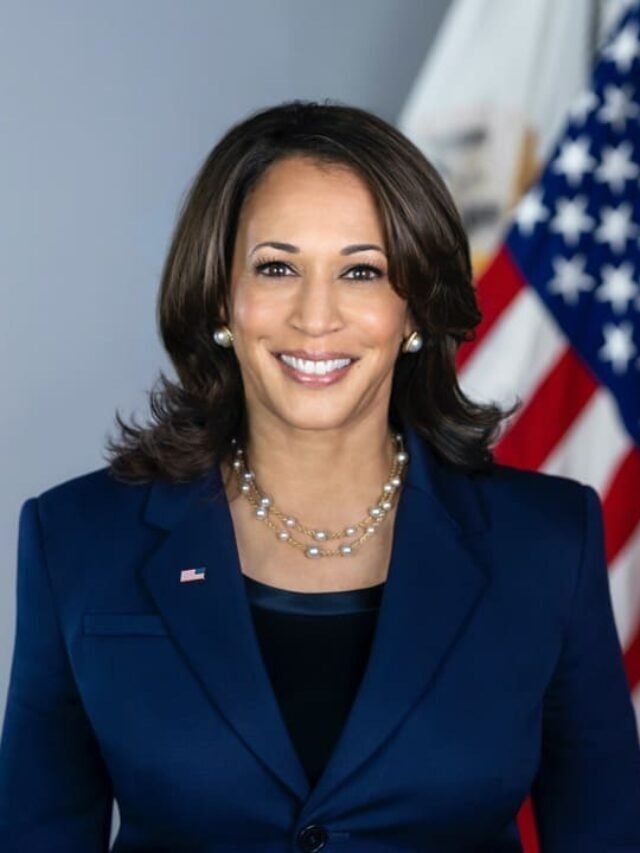 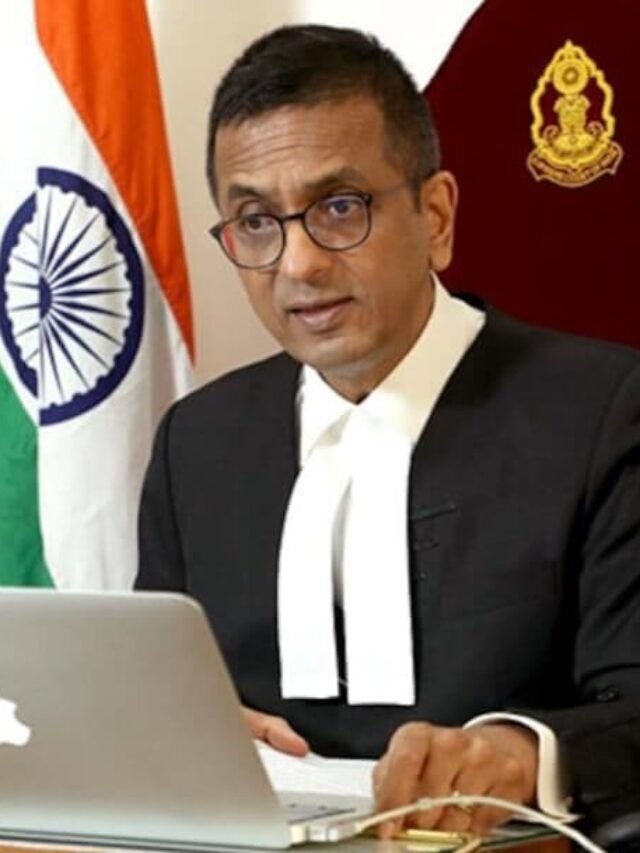 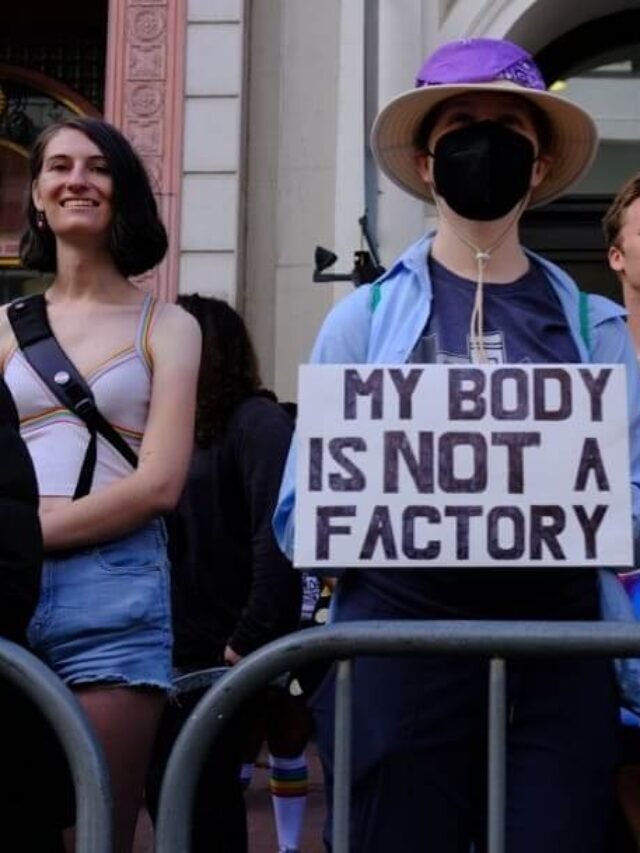 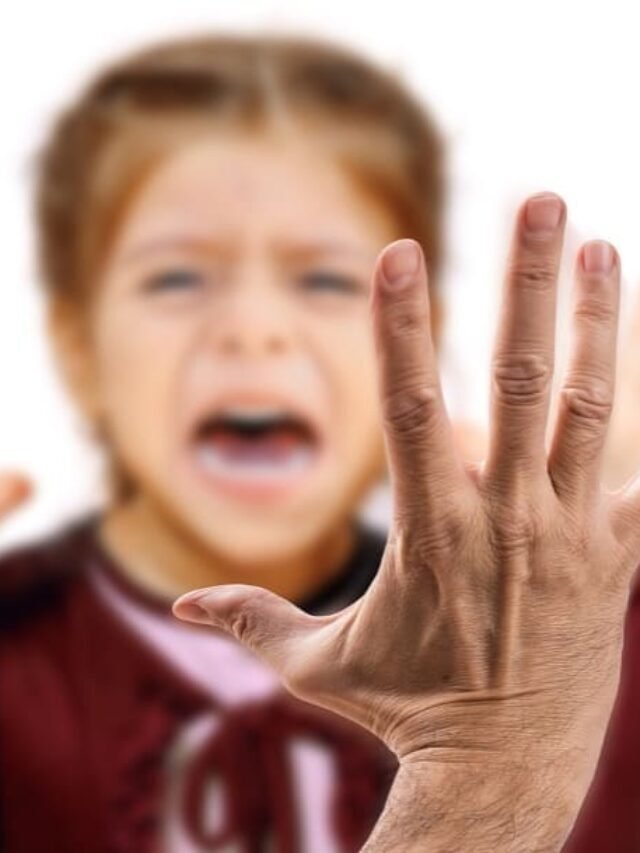 Introduction of the School of Criminology: – In the year 1890, the term criminology was extracted from the mixture of 2 Latin terms, crimen, which indicates crime, and logus, which means analysis or knowledge. Criminology is a socio-legal analysis that seeks to identify the possible reasons for felonious behaviour as well as recommend effective solutions.

Criminology, according to Edwin Sutherland, is the analysis of offence as a sociological occurrence.

Donald Taft; Criminology, in its broadest sense, is the research study of criminals. In a particular sense, it tries to examine criminal activity with the goal of reforming criminal behaviour or conduct that society strongly condemns.

Criminology is a field of study concerned with the aforementioned important subjects:

Theories Of crime are an essential component of criminology. The principle is a phrase that relates to a concept or set of principles that are developed to explain actual facts or incidents. As a consequence, a theory was propounded or discussed as probably true but not recognised or proven to be correct, and also basic rules or concepts relating to a specific subject. Theories Of crime examine why so many people commit offences and are extremely important in the current discussion over how violent acts must be dealt with and effectively prevented.

Throughout the decades, numerous methods have been propounded and thoroughly researched. These ideas are still being researched, both independently and in combination, because researchers seek the most important elucidations in ultimately limiting the forms and different intensities of offences.

During the 18th and 19th centuries, criminology schools flourished. Criminology is divided into four distinct schools:

The demonological school is another term for the pre-classical school. With the supremacy of the catholic religion in Europe during the 17th century,   There were few scientific explanations for the causes of offence at the time, and the idea of a criminal act was ambiguous and uncertain.

As a consequence, spirits, inner demons, as well as unidentified energy were invoked to explain illegal acts. The core idea was that a man commits a criminal act due to the influence of an exterior power which is beyond person’s control and comprehension. God’s wrath was thought to be used to penalise the wrongdoers. The violators were pursued through fights and rock pelting, with the belief that if the wrongdoer was innocent, no injury would be done.

Cesare Beccaria, Romilly, & Romilly are the founders of classical theory. The core principle of this school is that all men are self-centred and thus highly susceptible to criminal behaviour. Men, as per this school, have free will and act as per their pleasures and pains (hedonism). This school rejects the demonism theory, which states that men act under the influence of bad spirits.

According to Beccaria, a crime’s punishment must be equivalent to its severity. Beccaria believed that torture and abuse were inadequate and that the strong would be managed to find to be innocent before the adjudication if the vulnerable could incriminate. Classicalists, who focus solely on offence rather than the lawbreaker, as per Beccaria’s ideology. Deterrence, rather than harsh punishment, is the primary focus of the classical theory of classical school.

The classical school developed three main theories, which are still in use nowadays. They are as follows:

The classical school developed three main theories which are still in use nowadays. They are as follows:

According to this theory, crimes were committed as a result of conscious decisions. Individuals are said to decide to commit the crime out of their own free consent. Individual people may choose to commit an offence whenever the benefits exceed the expected costs of breaking the law.

According to this concept, the routine activity theory has three important components: a focused violator, a desirable specifically target, and a lack of competent guardian. It is thought that a person’s daily routine activities influence the likelihood of an attractive prospect encountering a wrongdoer in a circumstance in which there was no efficient guardian present. Changes in society’s everyday routines can have an impact on crime rate increases.

The rational choice concept is the foundation for the situation-specific choice theory. The offence is committed based on situation-specific constraints and possibilities, according to this theory. In simpler terms, it means that a person’s actions are influenced by their surroundings. Because of the circumstances, the offender acts in a certain manner. It’s highly unlikely that he’d act differently in a different scenario.

This positivist school disagreed with the classical school’s perspective of crime. Because everyone is distinct, their perceptions of good and bad differ as well; this is required to be a criterion for sanctions. The individual should be penalised, not the crime.

The positive method entailed closely examining the aspects of perpetrators in order to receive insight into the issue of aggressive behaviour or conduct. Ferri certainly doesn’t agree with all of Lombroso’s assumptions, such as that several humans are born criminals and certain physical aspects, such as a person’s head structure or bone structure position, can predict criminal behaviour. Ferri, on the other hand, used the inductive approach to develop scientific knowledge that would describe in detail the causes of criminal acts both in society and among individuals.

The emphasis on the individual that the Positivist approach brought to criminology and the law enforcement agencies may well have been its most significant contribution. It resulted in perpetrators ( offender) categorizations, such as repeat offenders, as well as distinctions between lunacy and sanity. This also paved the way for the use of psychoanalytic theory in the research of perpetrators, paving the way for various types of sentences & remedies adapted to the criminal rather than the crime.

The neo-classicist school arose, in part, to address some of the issues raised by the classical school.

Inconsistencies in classicism, as per  Young, Walton & Taylor, embodied themselves in widespread punitive policy measures as well as in day-to-day practise. In practise, it was hard to overlook the factors that influence of human behaviour and simply continue as if appropriate punishment and confinement could be accurately measured on a certain widespread calculation: aside from lack information on the application of the law itself, classicism seemed to contravene commonly held rational and reasonable aspect of human behaviour & behaviour.

Individual distinctions between lawbreakers were ignored by classicism, which focused on the criminal offense. Neo-classicism even now believed in completely free will, but that it could be limited by environmental as well as physical aspects.

As a result, Neo-classicists initiated changes to account for classicism’s defects:

Enables for extenuating factors by taking into account the individual’s situation (physical and social environment).

A certain amount of allowance was made for an offender’s previous record. When determining on a sentence, a court must consider the offender’s criminal history as well as his or her personal circumstances.

Incompetence, disease, lunacy, and impulsive behavioural patterns should all be properly considered. Furthermore, some people, such as innocent children and the mentally unwell, are less capable of exercising their reason than others.

Neo-classicism places a strong emphasis on freewill human rationality and logic; it merely simplified these concepts to make them operate in the real universe and in the criminological system’s day-to-day activities. This concept glanced at influential factors that might jeopardise volition. This concept of human habits has been implemented by social control government entities in all developed industrial civilisations.

Conclusion of the School of Criminology

In theories of crime, including such Green Criminology & eco crime, individual rights, and human protection, the idea of social serious harm can also be used to establish new narrative structure possible outcomes. It opens the door to new ideas about how to regulate worldwide social relationships and innovative facets of doing things about justice. A range of social as well as criminological specific concerns could be believed about completely different within such social damage and supranational institutions set of rules.

Critical criminological points of view all relate to a school of thought in criminology that perceives offences as the consequence of social-political conflict, inequitable force & social connections and classifying as well as significance operations. As a consequence, crucial criminologies have prompted us to shift our attention from criminology to social and economic justice.

What exactly is a criminology school?

Criminology Schools: Penology & criminology are social science different branches. Various intellectuals have attempted to describe why crime & criminal acts exist in the first place. Each theory has its own way of explaining crime and guiding punishments and safeguards that are consistent with its philosophy.

What is the best criminological theory?

Cesare Beccaria and Jeremy Bentham are the two considerations most closely correlated with classical criminology. Beccaria was keen to develop a more logical, reasonable and humane treatment socioeconomic management system.

What are the responsibilities of a criminologist?

Constantly working with enforcement agencies, criminologists examine offenders’ circumstances and motivations, as well as societal implications, generational shifts, and other trends. They also investigate why people break the law, which involves ethical considerations.

In criminology, what is the significance of a theory?

The classical school of criminology emerged from the age of enlightenment, emphasising the policies that people choose to commit criminal acts and that appropriate punishment must be focused on deterring crimes in the future. 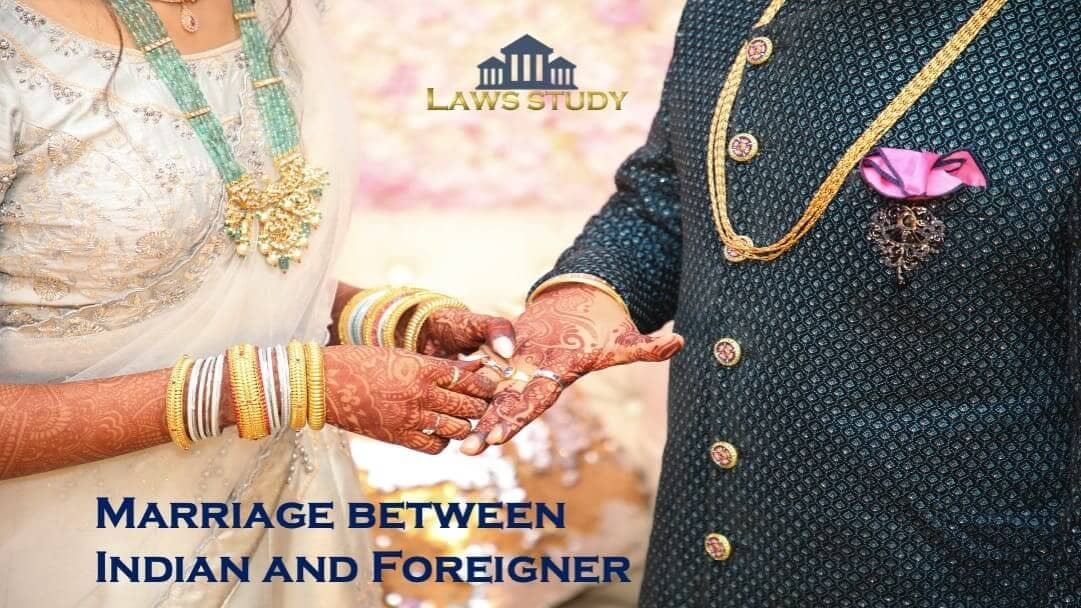 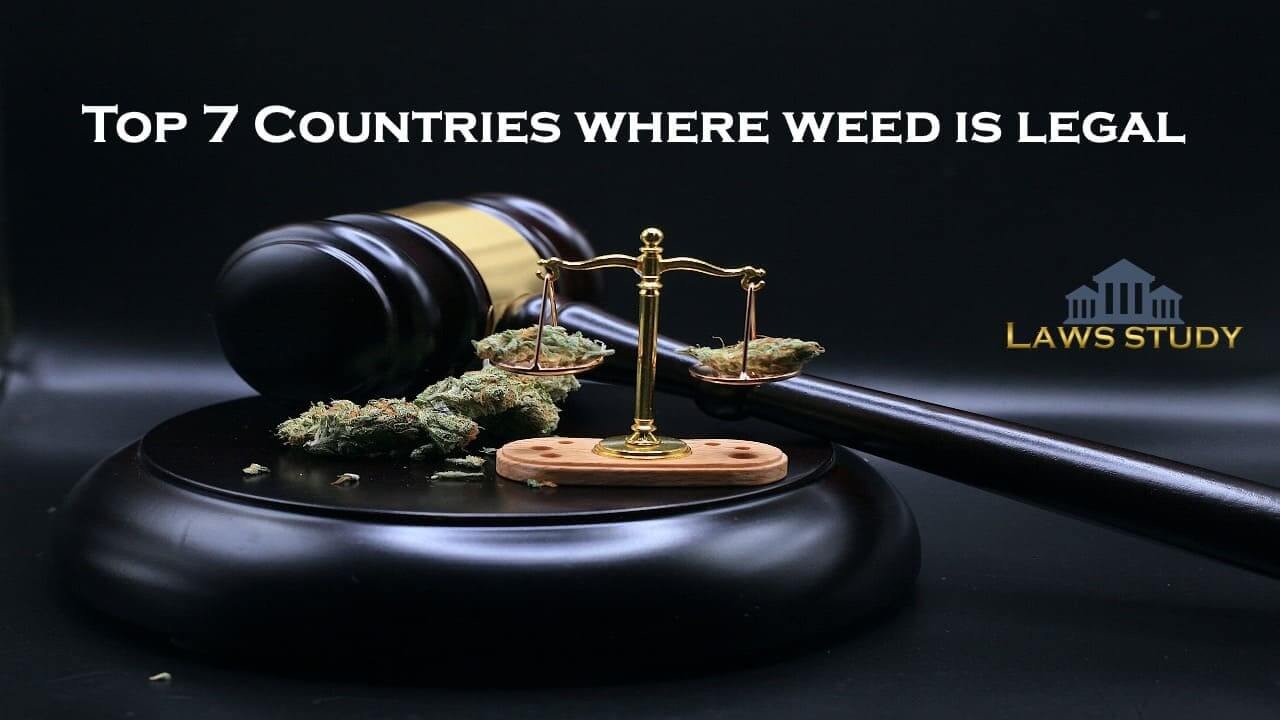